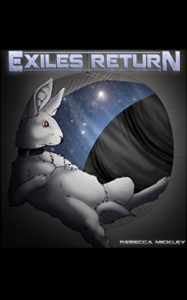 One decade after first contact, the miracles made possible by the Treaty of Gates has had an unexpected effect on the people of the UEA, placing the society on the verge of civil war itself. Some see the Treaty of Gates and the Mendian “Path of the Other” as a saving grace, others view it as the chains that will soon pull them all towards destruction.
World after world has been found but no other intelligent life. Mankind stands seemingly alone in the Universe with the Mendians, a race at least a thousand years ahead and content to lurk as a mystery on the edges of the treaty negotiated ten years ago.

Finally, out of the dark, after years of silence, a message arrives. And with it, an opportunity the UEA can’t pass up, but as always, it comes with compromises, concessions, that may tear the fragile seams holding the global society together to sunders in the process.

Now available at Amazon for Kindle