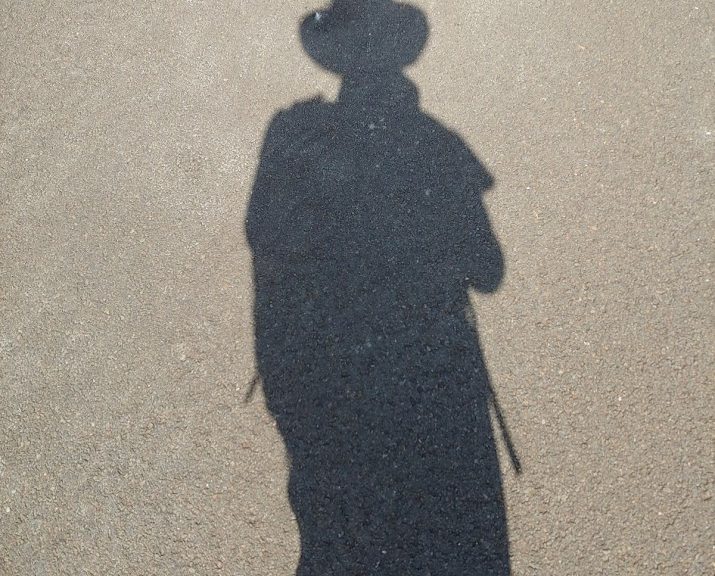 Growing up in the deserts of West Texas gave me a special appreciation for the ocean, and temperatures below 115 degrees.  Our summers got so hot, I became convinced that heat was one of our chief exports to hell. No matter where you are, it seemed like  it was always hotter somewhere in Texas.

However, being on the beach does not make you immune from the sun. I learned that living in Southern California, but at least the breeze coming off the Pacific is cool, and makes the days bearable.

Even down in Corpus Christi, Tx  near the Gulf of Mexico, eight hours from where I grew up, the air was so thick with humidity you could cut slices of it out of the air, and save it for later. Which made it a dubious respite at best and a “living in the worlds largest dryer vent simulator” at worst.

Does it sound like I’m complaining? Maybe I’m just venting. I’ve apparently built up some steam about this topic.

Ok, there’s our terrible pun allotment for this blog post… Moving on.

To summarize, the ocean has always held a type of special allure to me.

For one, any large expanse of sparkling blue water was a rarity in my life, and for two, the sight of the Atlantic was associated in my mind with a one time summer trip to Disney World when I was six, and visiting my Mom’s side of the family in the North East. We’d go to the “Shore” (bonus points for you if that tells you the state) and spend a few days enjoying the colder waters, enjoying our respite from the desert sun.

Yet my entire life, up until I was 26, I had never ventured further west than Albuquerque. The Pacific was a mystery to me. The first time I saw it, was from the dirty window of an eighteen wheeler, hauling freight while in driver training. Far off down the street was a horizon of shimmering blue, during a spring-like November day in Los Angeles.

The traffic had been hell, the parking worse (my vehicle was 70ft long, tip to tip) but suddenly, all of my problems lifted.

There it was, off in the horizon, the big blue water of the west. Fabled in song and story.

It is a treasured memory, and has stuck with me, even though I ended up living in Southern California with my then fiance, and now husband. Ironically, in many ways, the Ocean is a desert in its own right. Nothing truly lives only on the surface amongst its waves.  In fact, most life there is out of sight, far below the water line. Yet the climate, and it’s beauty is so radically different from anything I had ever really known, outside of a few moments from my youth.

And, amidst the wonder, the grind of daily life, and all those memories, I somehow had yet to visit the Pacific Ocean here in my home state of Washington.

In short, I decided it was high time to fix that.

The North Head Discovery trail is a there-and-back hike rated as moderate difficulty. Its challenge arises mainly from its mileage, and the slight increase in elevation at its end. My hiking app gave me maps which combine it with the Cape Disappointment Lighthouse trail, giving it an elevation challenge.

I set out from the parking lot of a resort that donates parking space for trail goers. The trail itself was wide and paved, nothing like what I was accustomed to. A discovery trail is different from your normal hiking trail, in that it focuses on historical and/or scientific curiosities in the area.

It’s not just an adventure, it’s a field trip, and for a history buff, this made it especially appealing. You see, Lewis and Clark were there, in 1805. Strewn along the straight, southern path are tiny diversions leading to monuments, and statues, detailing their journeys, and pages from their journals describing events they encountered on the very ground you are walking upon connecting you to their time.

There are gateway arches over the entrance to each parking lot you cross that in proud, bold numbers, proclaiming 1805 showing the  pride the community takes in their current history.

The focus is mainly upon the expedition itself, and the local flora and fauna, but there is one placard detailing a limited history of the Chinook, the indigenous people that called that area home before they were ultimately, and unfairly displaced off their land by America’s dream of manifest destiny.

In this, I found the trail especially lacking. To know more of this people, and their history, while venturing on the shorelines where they once lived, thrived, and built their society would have served as a fitting counterpoint to the Lewis and Clark Expedition which ultimately functioned as a herald of the end to their way of life.

( Writers Note:I could not get a good picture as it was defaced by vandalism)

Overall, this feeling of imbalance greatly stuck with me as I veered south after my first quarter mile. I was now easily able to hear the roar of the waves, smell the ocean, and feel the cool breeze but I still could not see it. An endless sea of dune grass instead, like the world’s largest shag carpet, stretched out before me as I moved along the easy, wide path, wondering when I would get my chance.

At half a mile in, I couldn’t take it anymore, and diverted down a side trail, heading sharply west. Breaking over the sand dune, and there it was in all of its majesty

I stood there, and took it all in. Here I was, well over 1500 miles from where I had first seen it, and yet, this was the same patch of big blue water. The enormity of it boggled my mind, and caused me to take a deep breath, if only to recenter myself, as I pondered the vastness of the machinery of the Earth.

Still, I was not there to stare, not there to have a day playing upon the beach. I was there to hike a trail, and make miles. Taking one last look, I turned back towards my task, and got to work, stopping at a convenient bench to knock the sand out of my shoes.

Soon, the ocean disappeared behind the dunes, and I was back amongst the grassy expanse, cooled by the breeze and all the while being baked by the sun; heading south at a constant, rhythmic pace.

It got meditative. There wasn’t much to do, and there wasn’t much to see besides occasional informational placards and monuments, which sometimes broke me out of my forward moving stupor, and other times, failed to arouse my interest. The first hour passed, and then, about half way through my second, I came to an inescapable realization.

In the hiking community, watching videos, I’ve heard the term “type two fun.” Type Two fun is something that is fun after the fact. You look back on the memory of its accomplishment fondly, even though at the time you were, uncomfortable, overworked, bored, or any number of mildly to severely unpleasant feelings.

As I plodded along it seemed to me that, save for a few moments, this hike was going to be full of the type two fun, and I found myself disheartened. Stopping in my tracks just over four miles in I looked back the way I came as questions danced through my mind.

Should I go home? Give up? Call it an early day? Did I really want to complete this trail, or was I content with saying I tried, and it wasn’t for me?

The decision grew heavier, as I looked forward towards my goals. When I hike the PCT in 2020, I know there will be times when I’m bored, and when I just don’t want to hike. I might be sore, or just fed up, and as I pondered, it became apparent to me that giving up, was a habit, as was perseverance. If I quit today because I was bored, or uninterested, it was going to be that much easier to quit next time… when the workout got hard, or the trail challenging, or when the sentence wouldn’t come for my novel.

That simply wouldn’t do, so, turning back towards the south, I dug in, kicked on my audio book, and enjoyed the scenery I did have, putting away my expectations.

I’ll be honest, there were times when the trail seemed to drag by with all the rapidity of a snail on ketamine but I set a goal for myself to clear as quickly as I could to work on my pacing.

With a goal in mind, and a good audiobook pouring from my headset, another hour passed, as a small mountain came into view, and suddenly, there was a full beach to my right with the ocean pounding against the waves.

Here before me was a profound type of liminal space. Not just ocean and shore, but ocean, shore and forest all meeting in one collision of juxtaposed beauty. Breaking out of the dune grass, there was an entirely new vista before me now, as the trail tilted up, carrying me forward, and providing me with some elevation challenge, until I crossed one parking lot, then another, and came upon an old lighthouse perched at its top, with a sweeping view of the Pacific before me.

It was an experience I would have never had, if I had turned back. Enjoying my reward, snapping a few pictures for posterity, I took a deep breath, steeled myself, and turned around for the  7.5 mile journey back to my truck, happy that I had stayed on the trail.