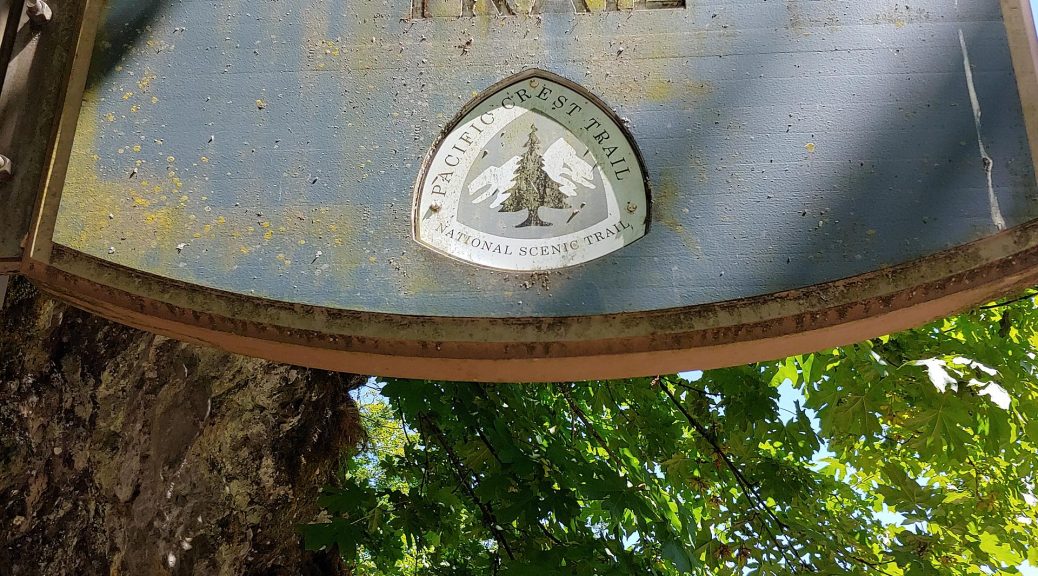 Dreams are funny things, and, in many ways, are the fuel of ambition. What starts as a simple notion, a far off impossible idea, can gradually resolve into something more concrete. Ultimately leading one to push past their limits, and strive for that impossible goal.

Of course, our definitions of the impossible change as we grow. There was a time when I thought it impossible that I would ever be published. There was a time when I never thought I’d travel much, or see much of the United states. Yesterday’s dreams are often, tomorrow’s achievements, but it’s not always that clean.  Everyone’s life is littered with broken and discarded goals and dreams, often filling the darker corners of our minds with moody regrets of what might have been.

Gradually, as time passes those shadows can get longer, producing tendrils that drag down our daily lives, miring us in a fog of what could have been.

Hiking the Pacific Crest Trail, is one of my dreams. Spanning 2680 miles, it’s a five month thru hiking marathon, that takes you from the searing depths of the Mojave, to soaring peaks like Mt Whitney. It’s an immense technical and fitness challenge that will see roughly 60% of those that attempt it ultimately leave the trail disappointed.

Ah there it is, on the horizon! If you look very hard and perhaps squint, you will begin to see the point of this rambling introduction.

In short, I’m going for it. With a target start date of April 3rd 2020, my plans are to be in Campo, California, just a few feet from the Mexican border as I begin a slow and deliberate trek north, that will most likely not conclude until late September or early October.

Just under 10 months out now, my hiking, planning, training, and even the writing of this blog, has all fallen under that particular focus. I am going to hike the Pacific Crest Trail. Gear is being bought, miles are being run, exercises are being done, but there is more to it than that. In order to be ready, I need to make certain that I have the skills and experience necessary to get me to Canada, and to do that, I have to overnight.

Backpacking is a technical step up from day hiking, and, in a way, taking it to its logical conclusion. If you can overnight, you can cover more miles, take on more difficult treks, and visit a wider variety of places.

The PCT is the ultimate overnight, and so, a section of it near my home, seemed as good a place as any to kick off my first full, backpacking experience.

As Maya would say, “Let’s get this bread!”

Starting off from Bridge of the Gods, the first section of my hike took me over the Columbia River Gorge, suspended almost 200 feet in the air, with nothing but grated metal below me. It felt like I was walking across the sky, save that I had to share the space with vehicles zipping by after the toll bridge, leaving me only a few inches of room, with nowhere to go but down if something went wrong.

With my heart rate pumping from sheer anxiety, I made my way carefully north, dashing across Washington 14, before I saw a welcome sign that I had been looking forward to seeing for 10 years….

Up and into the woods I went, finding the trail to be extremely quiet. It’s still too early in the season for those thru hiking from the south to be passing through, and with how overgrown parts of it were with brush and bramble, I soon had the sense that I might be one of the few people on that portion.

Solitude while hiking, is one of the things I strive for. Being alone in nature grants me time to think and plan. Oftentimes, I’ll spend hours listening to the birds sing, as the rhythmic beat of my foot falls provide a strange sharp counterpoint to their song, causing the world to blur into a type of symphony of movement and sound.

The goal for this hike was not to reach any particular point, but to see how far I could go, with the current gear I have. At forty pounds fully loaded, it’s still far too much for any kind of thru hike, but it’s not bad for training. With the straps of my old kelty digging into my shoulders, I continued to climb up the gorge, determined to go for fifteen miles, before setting down for the night.

At four miles in, after rounding a bend, Gillete Lake came into view, and with it, came my first check in. Letting the husband know I was alive, and had plenty of energy. Pack or no, I pressed on, deeper into the woods. As I steadily climbed in elevation, my legs began to burn, and my back began to hurt, but at the moment, I didn’t care.

I was on the trail. The one place I had wanted to be for years, and I wasn’t about to let pack weight stop me.  The trail kept heading up, until I came to my first bridge, taking me over a cataracting stream swollen with melt water from the upper Cascades, charging back down the slope, heading for Gillette Lake.

My world was serene and beautiful, full of verdant forest, high above the Columbia, and fully out of its humidity. In short, there seemed no better way to spend a Saturday at that particular moment. That conviction. worked like a fuel, pushing me further on up steepening grades and switchbacks.

However, at five and a half miles, it began to become clear that something was wrong. A knife like pain was growing louder and louder in my left scapula, sending shockwaves of pain up through my neck, and down my left arm.  Far from a normal exertion type pain, this, I knew, could be serious if I didn’t address it, but I was only seven miles in, of a planned fifteen.

This was not what I had come to do, even though I had started this hike with no particular destination.  My destination was my mileage, and I was far from that yet.

Still, as I approached 6 and a half miles, it grew only worse, and I knew I was coming to a fateful choice. If I pushed, I could injure myself, taking myself out for the rest of the hiking season, and potentially put myself at risk for my stubbornness. The other option though, seemed just as unpalatable.

Turn back, head for Gillette Lake and camp there, giving me time to rest, and recover.

The choice was obvious, if not disappointing, I turned around, feeling humbled, and began my journey back.

At first, I was full of recrimination, but as I walked along, gaining miles now in the other direction, trying to ignore the growing pain in my shoulder, I realized that the choice I made, had been an important one to my success.

My dream wasn’t dead. One moment turning around, accepting my limitations in both gear, and ability, was not me leaving the PCT behind. Rather, by acknowledging and accepting my current limits, and listening to my body, I was better ensuring that I would make it to April 3rd, ready and prepared to take on the challenge of the trail.

This wasn’t the end. It was the beginning.

Returning to Gillete lake, I ended up finding a nice quiet campsite near water, and set up for my overnight. As soon as I dropped my pack and set up camp, the pain quickly went away, only reinforcing the idea I had made the right choice.

With camp established I settled down. With no miles to pursue, hours before sunset, with nothing but the quiet of the woods around me I found myself facing an unexpected challenge.

What was I going to do now?

Sleep would not come for hours yet. Hell, dinner would not come for hours yet. My tent was set up, my gear was organized and packed away; the day had zipped by in a perfect, managed efficiency. Now here I was, listening to the same birdsong, surrounded by the same nature, but in the quiet, with no motion to carry me forward, I wondered what I could do to occupy the time.

Luckily, in that 40lbs of pack weight, I decided to include my kindle, along with a few audiobooks on my phone. Laying out in my tent staring up at the ceiling, letting my shoulder recover, I got caught up with Anaszi Boys by Neil Gaiman, wandering his well crafted universe.

These days happen. In all of my research and reading boredom is something thru hikers often face. After a while, hiking is just something you do. You wake up, break camp, and get on the trail. Even the most amazing experience becomes routine with enough repetition, and being able to manage that boredom is a key to completion just as much as your fitness and preparation is.

My next surprise came with dinner. The day had grown muggy and warm while the insects chirped cheerily and loudly from their bushes. Before my hike I had selected a chipotle soup that seemed a perfect meal after a day of hard work, but sitting there, sweating in the humidity, I instead elected to have a probar and some nuts.

This hike was meant to be dress rehearsal, and an overall test, so I prepped like it was time for the big show. As the sun set, and the frogs began to sing, I began to appreciate the idea that I had left myself with options having packed extra food just in case.

Where I didn’t have options though, was my sleeping bag. It proved to be a sticky, swampy, sweaty experience as I curled up for the night. The warnings in the reviews came back to bite me that it didn’t breathe well. In high humidity, and eighty degree temperatures I might as well have been in a sauna, waking up every few hours from the experience.

You can’t win all the time I guess…

Finally, the morning came, and while I didn’t make my full fifteen miles, and had a somewhat miserable sleep, I still felt like a success. Here I was, on the Pacific Crest Trail, doing my first overnight, and the choices I had made, ensured that it wasn’t a one off, but the first of many.

I was learning what to do, what not to do, and what to change, which matters more than mileage ever will.

Having one of the most amazing oatmeal breakfasts of my life… (thank you Mountain House!) I then broke camp, and set out, back to Bridge of the Gods, already looking forward to my next adventure.

Dreams push us to exceed our limitations, but by accepting where you are today, you can go where you only dreamed of tomorrow.