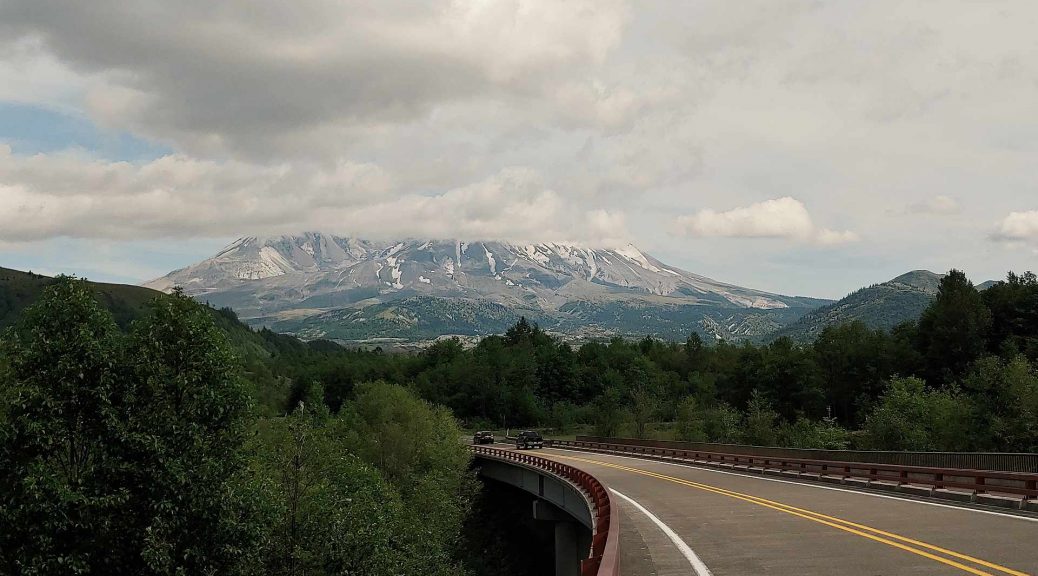 Cliches, I feel, are annoying because they are a reminder of simple, near universal truths. No matter how clever, or accurate the wisdom they hold may be, just hearing them reminds me of something I should have never forgotten, and thus, I cringe.

All of this is, of course, natural. None of us are perfect, we all make mistakes, get ahead of ourselves, mislay our car keys, all of that; thus life is full of cliches to remind us that anything that can go wrong, will go wrong.

Shit, there’s another one.

Saturday, that very cliche presented itself and slapped me in the face.

Now, I should have been prepared for it. I woke up, eager, excited and early, ready to take on Black Hole Falls. My hiking checklist was beside my pack and trekking poles, the husband woke up early, and my directions were all loaded in. We even left almost on time.

All of this proved to be ominous portent of the day ahead.

With breakfast done and everything in the car, we left about 930am. Waggs was looking forward to an exciting day in Vancouver, Washington and I was eagerly awaiting my trip to Black Hole Falls. The site is billed as one of the best hidden waterfalls in the Pacific Northwest, perched on the edge of the Gifford Pinchot forest. It had all the makings of a wonderful day.

Heading out towards Amboy, Washington, we followed our directions dutifully. Eventually the two lane highway gave way to a simple paved forest service road that had certainly seen better days. As always in the Pacific Northwest, there were other campers and hikers camped beside conspicuous openings in the forest, portending trail and adventures just beyond.

This is where I start getting excited. The idea of other people on fun adventures reminds me that I’ll soon be on my own as well.

“Keep left at the fork.” Sounded over the speaker, drawing both of our attentions, because the road that awaited us was a steep and graveled dirt road taking us up into the mountains. This was not unexpected. Before I go to any trail, I take a look at things via satellite and try to get the lay of the land. The trail head I was looking for showed to be set off a similar road, and so, all seemed groovy.

Up we went, gaining elevation as the road began to switchback aggressively and an unsettling feeling began to arise that the GPS was leading us on a boondoggle.

Finally, after almost half an hour on gravel roads, covering almost ten miles, it announced we had arrived, there were just a few problems…

No pull out, no trail head, no indication whatsoever of where the trail should be.

Son of a bitch.

Undaunted, I fell back to my InReach navigator, knowing I had synced the maps from my computer the night before. While not designed for vehicle navigation, it should have been able to tell me if I was close, or off in the great beyond relative to the trail location.

That was when the second big surprise of the day hit me. Though I had synced it on my computer, I later found out that only works for software updates, it requires being synced through my phone to push the routes back to the device.

Deep in the pit of my stomach a worried feeling blossomed as  I looked up and down the road, it finally coming into clear focus that we were lost, over half an hour from town, one hour out from signal, and no idea where the trail was.

All of my Saturday plans were firmly obliterated at that point.  Some careful backtracking followed, as we made our way back to the main road, and off for a day of fun in Portland.

It was actually a pretty good time, save that I didn’t feel I had earned my post hike eat out treat. After all, I hadn’t hiked anywhere.

The Coldwater Lake Loop is best described as a franken-trail, a mix of the south coldwater trail and the lake trail, with the last section incorporating elements of the main forest service road to take you back to the trail head. All told, it’s about 11.5 miles, and rated as a Hard/Difficult hike.

This time, dear reader, I wasn’t about to be caught unaware. I synced and resynced my maps, verified in full that the route was on the device, checked permits, passes and hours, as well as my directions.

0630 Sunday rolled around, and as Maya likes to say, it was time to “get this bread.”

This was my first difficult rated hike since the Hamilton Loop of last year, and as I drove, alone along Highway 504 (letting the husband sleep) I was filled with a degree of trepidation. My chosen route had me going counter clockwise from South Coldwater, which gains a half mile in elevation over the first two or so miles, and then you have to go right back down again.

The challenge though, is part of the fun, you never know what you can do until you do it, after all.

The Coldwater Lake Loop proved amazing from its first moments. For one, Mount St Helens loomed large just behind me. Back in 1980, the region I was hiking was at the very heart of the blast zone, dramatically reshaping the landscape in a moment, wiping away thousands of years of patient erosion and gentle world building. What surprised me was that there was still evidence of the volcanic cataclysm everywhere I looked, from petrified, stony trees to soil mixed with ash.

For two, the caterpillars were out by the thousands, massing on the trail, trees and plants in numbers I had never seen before. They made their migrations back and forth, largely oblivious to my movements as I attempted to side step as many as I could. All the while I took in sweeping vistas full of dramatic mountain ranges and colorful wildflowers, until about a mile and a half in, I found some curious bits of metal sculpture.

Back when the volcano blew, the area I was hiking in was being logged. Still buried bulldozers, twisted by the titanic forces of Mother Nature in a full on rage still dotted the trail in two locations, accompanied by an observation tower that was shaped into loops and bends. All of this was found in the first two miles after a punishing round of ever upward arching trail, until it dumped me out on a wide and sandy plain,  grey white from volcanic ash, and full of scrubby, stubborn plants and flowers clinging to life.

From there, I continued to go up, and up, and… well… up.  There were moments when I could hear my heart pounding in my chest as my legs burned from exertion. For my day hikes, I normally move with about 15lbs on my back. It’s good training for backpacking, and besides, I’m not carrying weights. Things like flashlights, extra water, and power bricks can come in useful if anything goes wrong, so up I went, lugging my necessary gear, until I found myself just inches from a ledge, with a heavy drop to my left, and a steep incline to my right as I traced my way up a mountain.

Finally summiting a little over three and a half miles into my trek, a cool breeze began to blow off Coldwater Lake, which was quite refreshing after the hike I had just completed. Originally I had planned to eat lunch there, but I was feeling peppy. Deciding to press on to the halfway point, I began my descent, entering a thick and verdant forest, with the canopy so thick above me, it blocked out much of the sun.

The transition was as quick as what you might see in a movie script. Suddenly, the world goes from open, to close in, the air cools and becomes humid, sticking to your skin, and the heavy scents of earth percolates all around as the world falls to hushed silence, broken only here and there by the chirping of a bird or the rustling of a fern.

It’s peaceful, but also leaves you with a feeling of anticipation. The size and completeness of the silence makes it feel like the world has found a pause, but there’s an expectation at its edge. At any moment it feels like the world around you may lurch forward again, bursting out upon the stage in an unexpected way.

As the descent began to level out a roar began to build progressively, until soon, it was deafening. Still, the thick canopy of forest surrounding me offered nothing in terms of view, but I was certain I was coming to a rapids crossing or a waterfall.

Turns out I was right on both accounts; emerging from the wood a sturdy looking bridge revealed itself, spanning the gap over a raging torrent of river and a stair step waterfall, working its way back up into the mountain. The entire scene was breathtaking, and marked about a mile past the halfway mark for the day. It was a perfect time to stop for lunch.

After a few minutes rest and a Probar, my energy surged back, and I hit the trail again. This is where it began to feel long. Especially in the moments where I began to climb. Now, initially, upon my setting out, it was my belief that all the climbing would be done in the beginning, giving me a nice and level trail beside a lake shore to complete my day upon.

No such luck. Examining my map more closely, I noticed the topographic detail that my trail route vacillated on this second stint a few hundred feet at a time in elevation. This was by no means the same level of challenge as I had started my day with, but it still proved daunting as the hours rolled on. However, the scenery was beautiful, alternating between verdant forests and vast meadows filled with both butterflies and wildflowers, until the sound of people enjoying Father’s Day began to carry on the wind.

That could mean only one thing. I was nearing the boat docks, which marked my return to the highway and trailhead. Roughly 1.5 miles later, and the day was done.

After 11 miles, the sudden stop of forward motion felt strange. My brain had dialed into the idea of me moving forward at a constant steady pace, and as I unloaded my gear into the wagon, I felt a bit  lost.

Glorious air conditioning awaited me. Sitting there with the engine idling, preparing to leave after finishing my post trail snack, I began to reflect upon the last few days and  realized there was a type of lesson in all of it for me.

To put it in one word, I’d have to call it persistence. I could have quit when my hike was thwarted by bad directions and haywire planning for Black Hole Falls, but I didn’t. I fell back, reassessed and found something that would work.

Still, it wasn’t that easy. Finding the trail is one thing, but hiking it is another entirely. I covered almost 12 miles, up mountains, along ledges, and across bridges. There were times when I was tired, there were times when I even got bored, but the one thing I didn’t do was stop. My perseverance rewarded me with a day full of beautiful memories and moments that I feel I will carry for a long time.